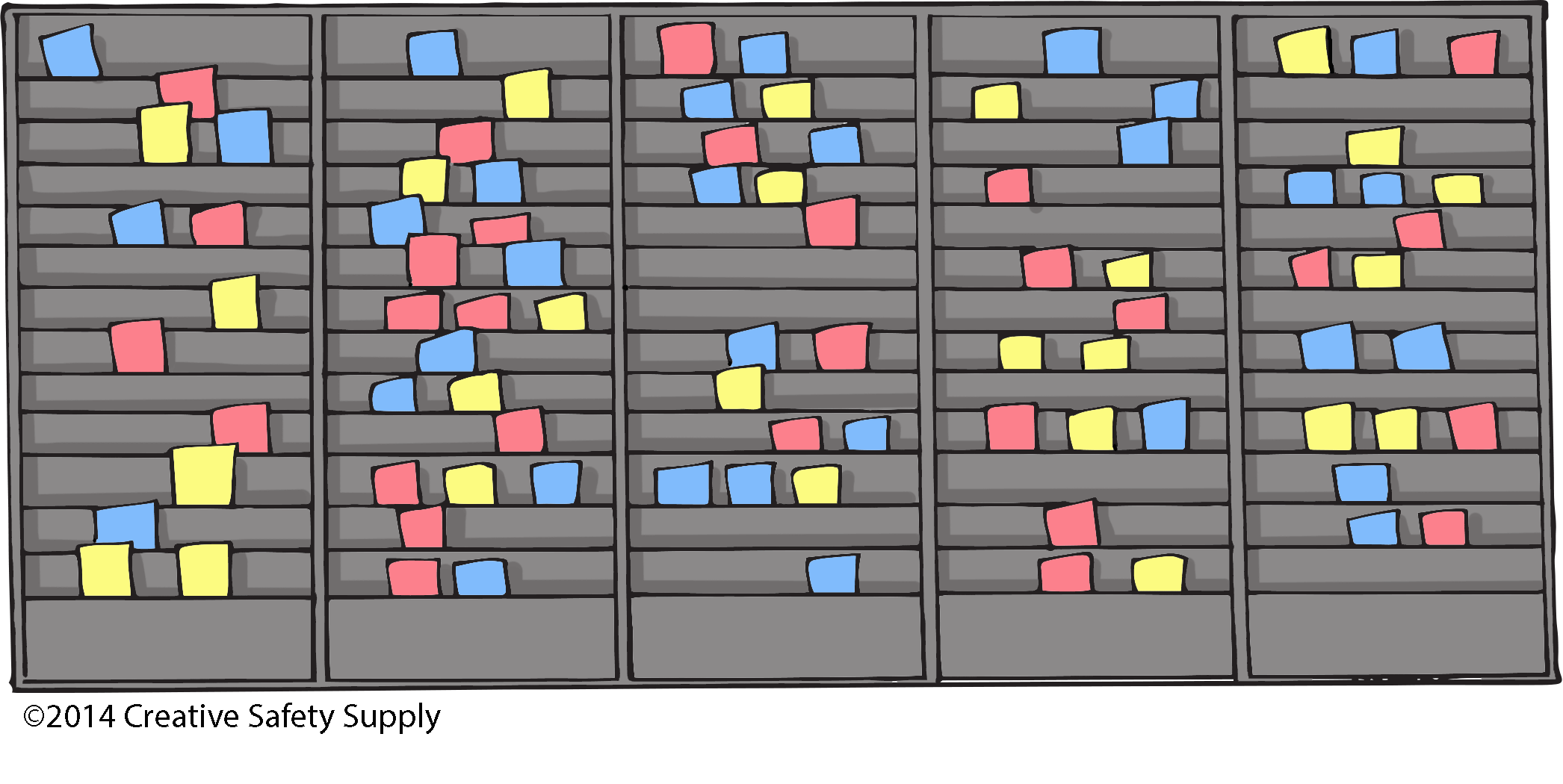 The world-renowned carmaker Toyota began studying supermarkets in the 1940s. Supermarkets have a unique in-store system that uses in-store stocking techniques. Their system always provides for adequate amounts of products on the shelves without having to store excess amounts because customers know they can always return to the store for more.

Toyota believed that this same process could be applied to the factory floor. The demand for the product guided the ordering of products and their placement on the shelves. In 1953, Toyota began using this system of kanban in the machine shop of their main plant. The company’s leaders knew that the demand for materials would need to be “pulled” by downstream employees, so they developed a system to facilitate that process.

Kanban is a Japanese term meaning “visual signal” or “card” and is built upon the concept that improving communication is done through visual management. A kanban system utilizes cards or other visual cues to trigger an action in the manufacturing process. By using kanban cards, Toyota employees were able to move materials smoothly through the production process.

Although there were other manufacturing giants at this time, Toyota took things one step further. Under the direction of Taichii Ohno, the company also recognized the importance of listening to ideas from all employees. Kanban was officially introduced to Toyota’s main plant machine shop in 1953. In addition, they worked on ways to use their systems for a variety of products or for multiple products at the same time.

Soon the successes of Toyota led to the kanban process being used all over Japan. Once the quality of the system was apparent, it began to be used all over the world. By the 1980s, popular American companies like General Electric were using the Toyota system, although calling it by many different names, with much success. Over time, concepts of kanban have evolved for different workplaces but they can all be traced back to The four core principles to kanban:

Today, kanban systems can be found in many Lean organizations and manufacturing warehouses. Some facilities choose a card system, others a bin system, and with technology advances there are even electronic kanban systems. Kanban works to level production and avoid the waste of overproduction while promoting JIT manufacturing and making the production process more flexible. Aligning inventory levels with actual customer demand can keep your production line running smoothly and efficiently while eliminating a number of wastes.