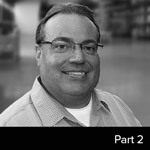 Chuck Hardy shares his Lean / Six Sigma journey with us, including his time as Sr. Test Technician and Sr. Quality Assurance Engineer. He also tells about his current position as Quality Control Director at NMEDA, The National Mobility Equipment Dealers Association. Chuck refers to some great books in this podcast. Scroll down in the transcript to see the links.
« Back to Part 1

(0:00)
Brandon Nys: Welcome to Safety Experts Talk. Visit our website at CreativeSafetySupply.com/podcast for links and transcripts.
(0:09)
Introduction music
(0:16)
Brandon: Hello everyone. I am Brandon Nys, and this is part two to our sit down with Six Sigma Black Belt Chuck Hardy. Chuck worked with Eastman Kodak and Lockheed Martin, but has left that world to join a non-profit, NMEDA, The National Mobility Equipment Dealers Association.
In part 1, Chuck discussed Lean as being a cultural thing. Workers and managers can include it at home or at work, no matter what field they’re in. He also emphasized the value of left and right brain thinkers into a Lean culture. More right brain thinkers are included in important decisions that were once left to the number crunchers. With that, let’s pick up where we left off in our Lean / Six Sigma conversation with Chuck Hardy.
(:56)
Transition music
Brandon: So you mentioned that you had a mentor as your launching point for Lean/Six Sigma. For someone who maybe doesn’t have a mentor to get them started in a process, or someone who just wants to learn more about it, what would you recommend as their first entry into Lean/Six Sigma?
Chuck Hardy: I think, certainly, starting out with a Green Belt course is a great way to go but if you want to realize the full benefit, it’s not a bad idea to go in there a little bit prepared and I would recommend getting the books out and doing some reading.
(1:31) 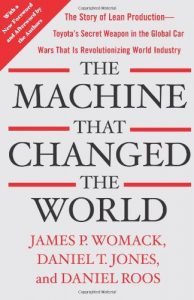 And there’s a lot of great reading out there. “The Machine That Changed The World” by James Womack and Daniel Jones. I mean, that’s a story of Lean production and I’d say pretty much a must read for anyone starting a Lean journey. I don’t think you’d be able to put that one down. 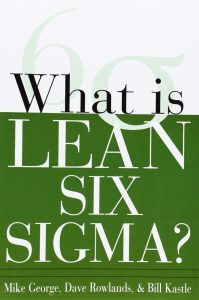 Another good one that I can recommend is “Lean/Six Sigma” by Michael George of The George Group.
(1:54)
And I’d be remiss if I didn’t offer a real breakthrough book, and one that I take personal pride in—because I helped contribute to it—and that’s titled “Corporate Sigma”, and that’s by Anwar El-Homsi and Jeff Slutsky. That book is the first book I know of that embraces a holistic approach to Lean/Six Sigma culture through the integration of Lean/Six Sigma and Systems Thinking, so it’s really something special, and I’d recommend it for anyone out there that wanted to learn about Lean.
(2:29) 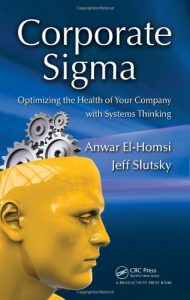