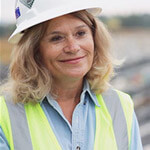 New workers, those born between 1982 and 2002, are sorely lacking in basic skills. They are deficient in science, math, use of hand tools and more, causing them to be a safety risk for themselves and others. Elaine Cullen, of Prima Consulting Services, contributed to the recent survey by The National Academies of Science, and talks about of the results in this podcast. A career safety expert, Elaine explains that the Millennial generation will require strong, transformational leadership in the workplace. A link to the study is below, in the transcript text.

(:00)
Brandon Nys: Welcome to Safety Experts Talk. Visit our website at CreativeSafetySupply.com/podcast.
(:06)
Introduction music
(:14)
Elaine Cullen: If they’ve never held a hammer, how in the world can we expect them to know what to do with it?
(:19)
Dan Clark: The newest generation of workers is unsafe? The young people born between 1982 and 2002—the Millennials—are getting injured more on the job. They have greater workplace accidents and fatalities than previous generations entering the workforce. Why?
Hello, I’m Dan Clark. Today, we’re talking with Elaine Cullen, an expert on safety. Elaine was the first woman in the U.S. to do safety research in an underground coal mine. She’s worked with the Bureau Of Mines and the Spokane Research Laboratory, part of NIOSH. Elaine is now head of Prima Consulting Services, and we’re talking with her from her office near Spokane, WA. Hi, Elaine.
(1:02)
Elaine: Hi, how are you doing?
(1:03)
Dan: I’m well. The Millennials. They go by other names—Generation Y, Generation Next, the Echo Boomers. But no matter what they’re called, they just have a higher accident and injury rate.
(1:15)
Elaine: That’s correct.
(1:16)
Dan: Can you tell us about your research?
(1:19)
Elaine: Sure. Now, I’ve spent my life working in high-risk industries. Mining. Oil and gas. When you look at those types of jobs that have inherent risks, a new person coming in really needs to be aware of hazards, aware of risks. And what we’re seeing is that the young people are having a hard time identifying those. And so, across the board, it doesn’t really matter what industry you’re working with, you’re seeing higher injury and fatality rates for that younger generation. Well, that’s unacceptable from a safety perspective.
(1:56)
Dan: That’s amazing.
(1:57)
Elaine: I am involved in a major study here with the National Academies Of Science, that was just published last year, on the workforce of the future. One of the things that we saw is that the two generations that have the highest fatality rates are those who are 24 and younger, and those who are 55 and older.
(2:20)
So, when you think about the fact that it takes about eight to 10 years to develop expertise, and by that I mean some kind of occupational wisdom. Not how to do your job, but what to do when things don’t go the way they’re supposed to. And if people are getting hurt or killed before they ever get eight to 10 years of experience, we’ve got a problem. And that’s something we have to work on.
(2:44)
Dan: Hmm. Well, I can understand how workers 55+ might not have the nervous system snap that they used to. But it fascinates me that the Millennials are not able to learn as quickly as their predecessors. Tell us about why you think that is.
(3:01)
Elaine: Well, there are some changes in this workforce. They don’t look the same as the workers that came into the workforce, say, 30 years ago. First of all, they are much more diverse demographically. And I’m going to point my remarks toward the industries I’ve worked with because those are the ones I’m familiar with.
(3:20)
When you’re working in a high-risk industry, they have tended to be pretty homogeneous about it. I mean, mostly male. Let’s be honest about it. So, what we’ve got now are women coming into the workforce. We’ve go people from different national cultures coming into the workforce. This is the most technologically skilled group that’s ever tried to come into the workforce.
(3:44)
But one of the things that they lack is what we call STEM skills. These are science, technology, engineering, and math. And I’m not talking about people who are engineers who are trained and have degrees in that. But who have basic knowledge about things like simple machines, or basic math. What’s happening is that when they come into this workforce and they have very little training, if any, on the old skills—using basic hand tools, or how to fix equipment, how machines work. What they don’t have is an understanding of what the hazards are.
(4:26) 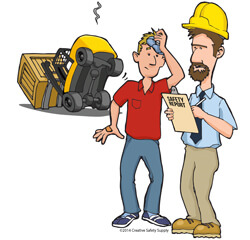