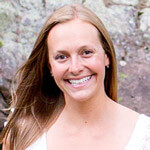 If company owners and managers set a good example, does on-the-job safety improve for workers?
That question was posed by Krista Hoffmeister, a student at Colorado State University. Krista is part of a Safety Management Applied Research Team which surveyed workers, then published the results called The Differential Effects Of Transformational Leadership Facets On Employee Safety.
In this podcast, Ms. Hoffmeister tells host Brandon Nys about their findings: A leader’s safety behavior really does affect how subordinates behave.

(:00)
Brandon Nys: Welcome to Safety Experts Talk. Visit our website at CreativeSafetySupply.com/podcast for more info, including links and transcripts
(:10)
Introduction music
(:24)
Brandon: Hello. We have a safety expert who is about to talk.
(:27)
Krista Hoffmeister: This is Krista Hoffmeister. I am a student at Colorado State University.
(:31)
Brandon: I am Brandon Nys, your host, and today we’re going to be talking about…
(:36)
Krista: My article on safety leadership.
(:39)
Brandon: Krista Hoffmeister is a student at Colorado State University, and she is part of a Safety Management Applied Research Team that has recently produced an article called The Differential Effects Of Transformational Leadership Facets On Employee Safety. Krista, how are you today?
(:57)
Krista: I’m great. How are you, Brandon?
(:58)
Brandon: I am doing well. Thank you for being with us today.
(1:01)
Krista: Sure!
(1:02)
Brandon: You and your research team surveyed almost 1200 people in the construction field to see if there was a connection between the worker’s perception of their boss and their assessment of on-the-job safety.
(1:15)
Krista: Exactly.
(1:16) 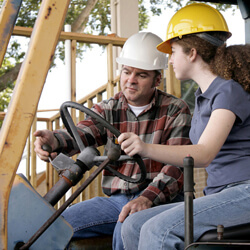