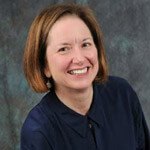 Karen discusses a study on human behavior by a group of anthropologists led by Dr. Margaret Mead, and how the years-ago study can be applied to Lean methodology in the workplace. Karen also details the transition to Lean by an old industrial business in Detroit, DTE Energy. Karen specializes in Lean thinking, and publishes the Lean Reflections blog. She is interviewed by Antonio Ferraro of Creative Safety Supply.