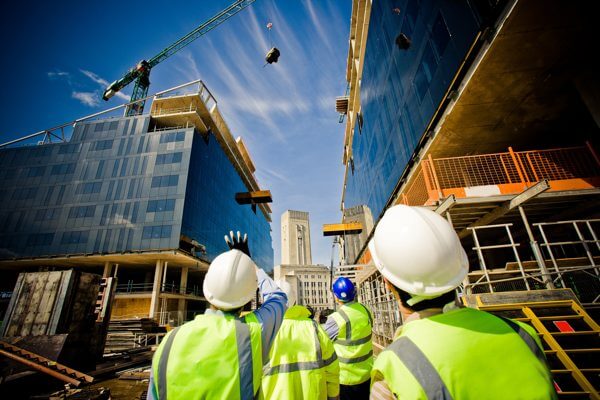 Plummet, a new game for iPhones, requires players to navigate the path of a person who has just fallen down a deep construction hole. Users move the person by tilting their phones to the right or left and they try to accumulate as high a score as possible.

So what does this have to do with workplace safety? The game is based on the experience of the game’s developer, Mark Major, who fell into an approximately 30-foot-deep hole when walking past a construction site in Beijing in 2007, breaking his back. Major created the app because he wanted to turn his experience into something positive.

Too many members of the public, though, are injured as a result of passing near constructions sites at the wrong moment.

A 91-year-old woman in London, for example, was struck by a fence that toppled to the sidewalk at the edge of a construction site. She broke her hip and shoulder.

In 2012, an 18-year-old student at Ohio State University was riding his bike past a construction site on the school’s campus when a dump truck exited the site and struck him. He lost his right leg in the accident and suffered damage to his spine and pelvis.

Each of these stories is different, but demonstrates some of the ways that members of the public can be injured by mishaps at construction sites. In the case of Major, a hole wasn’t properly guarded or stabilized. Those in charge of the construction site in London didn’t properly erect a fence to protect pedestrians. And in Ohio, the university’s contractors may not have used adequate safeguards such as signs or a flag person to direct pedestrian and bicycle traffic around the site.

Those in charge of construction worksites must obviously take precautions to keep their workers and members of the public safe. Specific rules for these sites may vary from one location to another, so if you’re involved with a project, make sure you determine what regulations apply in your area.

In the United Kingdom, for example, where the fence struck the elderly woman, federal laws exist specifying safety responsibilities toward the public during construction work.

In the U.S., companies can consult ANSI/ASME A10.34-2001, the standard from the American National Standards Institute and the American Society of Mechanical Engineers, which outlines safety guidelines for this type of work. Cities and states may also have specific regulations. New York City, for example, provides detailed guidelines for the safeguards required during construction or demolition.

In addition to following your regional guidelines, you should also make sure communication at the site is adequate. Some construction sites employ multiple contractors, so determine who will be responsible for safeguards that protect the public (including the inspection and maintenance of those safeguards). 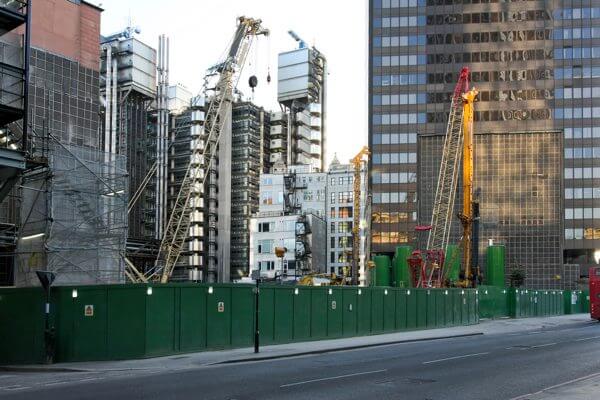 The best way to keep people passing by a construction site safe is to physically keep them out of harm’s way. Setting up boundaries using fences is the best way to keep unauthorized people out of danger. Signs should be posted on these boundaries warning people not to enter the construction area. These measures can keep pedestrians from getting too close to work activities and they can also deter people who might be curious about the project from entering the space after work hours.

Game developer Mark Major fell into a hole near a construction site, but this kind of accident should never occur. Any holes near the worksite should be fenced in or otherwise guarded so no one accidently steps in the wrong place. Any excavations and trenches must also be properly protected so no one falls in and so that the ground nearby doesn’t become unstable.

When an object falls from many stories up in the air, it can be very dangerous regardless of its size. A truck driver in New Jersey was recently killed by a tape measure that fell 50 stories from a high-rise construction project.

Because falling objects pose serious hazards, many safeguards need to be in place to protect people walking at the base of a project. Workers wear hardhats, but pedestrians don’t.

The most common methods for protecting the public from falling objects include sidewalk sheds, netting and chutes. Sidewalk sheds are durable structures built around walkways. Netting is used higher up to catch anything that might fall. Chutes are used when waste materials need to be moved from higher stories to ground level; they allow workers to toss materials without worrying anyone will be hit by them.

The accident involving the student and the dump truck at Ohio State University demonstrates the dangers of having construction vehicles entering and exiting a construction site in high-traffic areas. In that case, investigators believed the bicycle was in the driver’s blind spot, so he couldn’t see it.

At any construction worksite that creates unusual traffic patterns, people could get confused or end up in the path of traffic. To prevent accidents, signs can be posted directing pedestrians and other vehicles. Barricades, like removable or permanent bollards, can also be put up if people should avoid an area of high traffic altogether. During busy times, it might also be a good idea to use a flag person to direct pedestrians and other vehicles.

Construction sites are often full of dangerous materials such as sharp objects, building materials that require the use of PPE (such as cement) and heavy objects. Putting up barriers around the site should keep people away from most of these hazards, but you should still make sure these things aren’t stored out in the open or too close to the site’s edges. If any dangerous materials are thrown away at the end of the day, make sure they’re placed in dumpsters and that those dumpsters are closed.

As long as your site has clear barriers and you take precautions to prevent falling objects from landing in pathways, slip, trip and fall hazards for pedestrians should be minimal. Changes in the normal pathways can cause people to trip and fall, though, especially if the walking surfaces are uneven. At some sites, contractors will need to build special temporary walkways for pedestrians, so when these paths are constructed workers should ensure they are even.

Noise levels around construction sites can be a nuisance and even a hazard for those living or working nearby. While a certain amount of noise is unavoidable during construction work, make sure you follow local noise ordinances for when work can occur and how loud that work can be.

Sometimes you can select power tools and other machinery that produce less noise, which is safer for your workers, too.

Finally, dust is a common hazard near construction sites. While you can have your workers wear respirators to keep them safe, you can’t exactly put a respirator on every passing pedestrian when the site gets dusty.

Water is generally used at construction sites to minimize dust, so set up a system for spraying down dusty parts of the site if this will be a problem at your location. 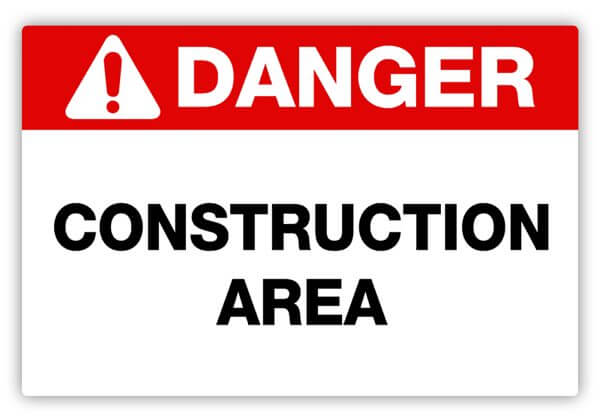 The takeaway from all of this? If you have a construction site, you need to plan for both the safety of your workers and the safety of the public. Your workers have been trained about how to stay safe at your site, but passersby have not, so you need to make sure you use all the safeguards at your disposal to keep them from being involved in an accident.