Lets be honest, there are threats that surround our children anywhere and everywhere, at anytime. Unless you wrap your children in bubble wrap before you leave for work everyday, they’re at risk of something. However, some risks are more serious than others and just the awareness alone is sometimes all it takes to protect your little ones from danger. Take a coin lithium battery for example (also known as button batteries). 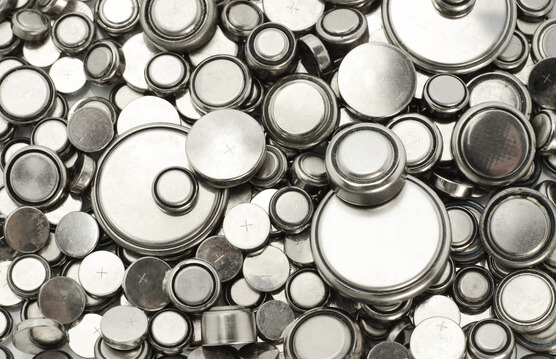 It was about nine years ago and I was as busy as can be at work when I received the phone call no parent wants to hear. My three-year old son was on his way to the hospital with severe stomach aches and the cause was unknown. By the time I had arrived at the hospital the x-rays had been done and a round shaped object was clearly visible in his stomach region.

Everyone’s first reaction was that it had to be a coin lithium battery. The shape and size were a perfect match to the small batteries that are common in homes everywhere. The hospital we were at did not have the capabilities to perform the emergency surgery needed to remove the battery before it opened up, potentially causing severe chemical burns in his stomach. Instead, the doctors were making arrangements to have a helicopter transport him to the closest hospital that could perform the surgery, adding even more intensity to the situation.

At this point I was doing my best to stay calm, but wanted more information. I decided to ask if they knew where the object had come from. One of the nurses had brought out a toy that I immediately recognized. The toy was actually powered by small magnets that were the same shape and size has a coin lithium battery!

I explained to the nurse that this was powered by magnets not batteries and she quickly excused herself to the closed door meeting the doctors were having about my son.

Not two minutes later did a doctor come out to confirm my observations. After further discussions, the doctors decided to let the magnet pass, but not before explaining to me, what could’ve been.

The feeling of knowing my son was going to be okay was a major relief, but the education I received that day was as important as anything I could’ve learned from a baby book.

The dangers of ingesting a coin lithium battery are extremely important to understand. Which is why it is important to check out the National Safety Council’s latest campaign on coin lithium battery safety. The NSC has teamed up with Energizer to provide an infographic PSA and dedicated websites to inform the public of the dangers the little batteries are capable of.

The collaboration is a part of Child Injury Prevention Week and hopes to raise awareness to such dangers.

If swallowed, a coin lithium battery can cause serious chemical burns in as little as two hours. The little batteries are extremely common among households in everyday items like remote controls, key-less entry devices and children’s books with sound. As part of the campaign the NSC and Energizer have come up with some important tips to help prevent injury and keep kids safe.

My close call was a relief, but in the U.S. alone, more than 3,500 people of all ages swallow coin lithium batteries every year. As a parent, it is important to know exactly what to do when the situation occurs.

Surprisingly, I still tell my story to parents who have no idea that a coin lithium battery could be so dangerous. In fact, 62% of parents are unaware of the risks associated with the little batteries according to the NSC study. I was lucky, but uniformed and unaware of the risks. Make sure you are prepared and understand the risks. Read through the related information and give yourself the upper-hand on coin lithium battery safety.